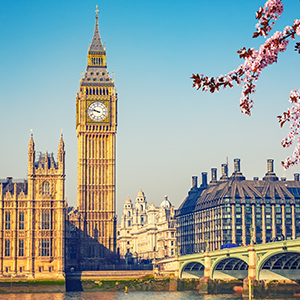 In his first Budget as Chancellor, Rishi Sunak has attempted to quell fears over coronavirus by offering refunds to employers for statutory sick pay, but JW Hinks says a cut to Entrepreneurs’ Relief will not be welcomed by SME owners.

Neal Aston, Managing Partner at JW Hinks, said that the £12 billion of measures to combat the economic impact of coronavirus overshadowed a more immediate cut to the Entrepreneurs’ Relief lifetime allowance.

The allowance has been cut immediately from £10 million to just £1 million, raising fears that it may slow down or stop ongoing and future business sales, mergers and acquisitions, as owners consider the additional tax that they may incur.

“Changes to Entrepreneurs’ Relief (ER) had been suggested in the Conservative manifesto, but the immediacy of this cut means that many will see the amount of relief they can receive against Capital Gains Tax (CGT) slashed,” said Neal.

“This change may mean that business owners, pay significantly more CGT when they come to sell their business or shares, as the effective rate that they pay increases from 10 per cent under ER up to the regular 20 per cent rate.”

This was the first Budget that has been delivered in 499 days and much was expected based on the Government’s promises in its manifesto. However, before the Chancellor could meet these pledges, he had to address the coronavirus crisis faced by British businesses.

Mr Sunak announced that £2 billion would be allocated to cover firms’ sick pay bills. This funding, which will cover up to 14 days of an employee’s statutory sick pay (SSP), will be open to businesses with up to 250 employees.

Neal said: “The Chancellor dedicated a third of his speech to the Government’s preparations for the economic impact of coronavirus and made several concessions to help small businesses shoulder the costs likely to be incurred during the epidemic.

“Businesses will appreciate this handout and it will certainly help to steady the ship a little during these uncertain times.”

As well as offering a refund on SSP, the Government announced that business rates will be abolished this year for businesses in the retail, leisure and hospitality sectors with a rateable value below £51,000.

The Government will also offer a £3,000 cash grant for businesses that are currently eligible for small business rates relief.

Other giveaways included increasing the rate of Research & Development Expenditure Credit from 12 per cent to 13 per cent, increasing the Structures and Buildings Allowance from two to three per cent, a rise in NIC Employment Allowance to £4,000 and the biggest commitment to public spending since 1955.

Much of this investment will go towards the Government’s ambitious plans for infrastructure, including improvements to roads and broadband.

“Individuals will also benefit from the National Insurance threshold increasing from £8,632 to £9,500 next month, while a commitment to increase the National Living Wage to two-thirds of median earnings by 2024 will mean more take-home pay for some,” added Neal.

The Chancellor also announced that the tapered annual pensions allowance thresholds will be increased by £90,000 to £200,000.

Those with the highest incomes will see the minimum level to which the annual allowance can taper down reduce from £10,000 to £4,000.

Neal said: “Those affected by changes in the Budget, whether good or bad, should seek professional advice to understand how their finances and plans for the future are affected.”