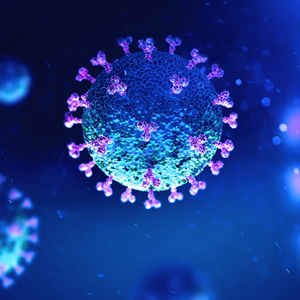 Charities across the UK will be facing many of the same challenges as regular businesses, as well as additional complications due to the nature of their operations and the governance regulations that they are required to follow.

The Government and Charity Commission has assured charities that their approach to regulation during this difficult period will be “as flexible and pragmatic as possible” while ensuring that trustees are “aware of and think about the wider or longer impact of their decisions on their charity”.

As charities face new challenges created by this pandemic, they are likely to have many questions. To help them we have tried to answer some common queries.

What happens if I can’t pay staff wages?

The Government has made an unprecedented commitment to pay the wages of employees who might otherwise have to be laid off under the Coronavirus Job Retention Scheme.

This scheme is available to all employers, including those in the charity sector, and will cover up to 80 per cent of employment costs, capped at £2,500 per month per employee, for all ‘furloughed workers’.

We have already prepared detailed guidance on this scheme for employers, which can be found here.

The official guidance around this scheme is constantly changing as the Government attempts to clarify eligibility and the mechanism for reimbursing employers, so if you intend to make use of the scheme, we recommend that you speak to our team.

Can reserves and usually restricted funds be used to help my charity?

Charities will be concerned about the future of their organisation at this time, but the Government and Charity Commission has asked that trustees consider what are their short, medium and longer-term priorities to see whether funds for projects, spends or activities can be stopped or delayed to prevent organisations using reserves or restricted funds.

However, the Charity Commission has said that reserves can be used to help with “unexpected events like those unfolding at present”.

Charities should also identify which funds and assets have limits on their use. Those funds used internally that have been put aside for a specific purpose could be redeployed to cover an urgent requirement.

However, where a fund is restricted to a particular and defined purpose, such as a particular appeal or a permanent endowment, then a charity may not be able to use it for any other purpose other than for which it is intended.

In some instances, charities may be able to amend these restrictions. However, this should only be considered if all other options have been exhausted already.

The Charity Commission has asked organisations to carefully consider the wider and longer-term impacts of using reserves and restricted funds and is offering guidance if required.

Any decision to use such funds must be taken collectively, and significant decisions and action points noted in writing.

The Government has issued further guidance to help charities with:

Should I cancel our charity’s AGM and other meetings?

AGMs and other meetings play an important role in the governance of charities. In light of the Government’s health guidance and recommendations on social distancing, some charities will likely have no choice but to cancel or postpone critical meetings.

If you as trustees decide to do this it is recommended that you record this decision to demonstrate good governance at your charity. This is particularly important if not holding an AGM or meeting delays you preparing and reporting your annual reports and accounts.

Where possible charities are being encouraged to still submit annual reports on time. However, in response to the current situation, where a charity has an imminent filing date and cannot complete their annual reports or accounts, the Charity Commission has asked that they are contacted on 0300 066 9197.

Can key meetings be held via teleconferencing or by other technology instead of face-to-face?

Trustees should check their existing governing documents to see if they can make amendments to facilitate changes as to how or when meetings are held. It may be possible to incorporate a clause that allows them to meet virtually or to use telephone facilities.

If no clause currently exists and charities wish to make use of these facilities immediately, the Charity Commission recommends that charities record this decision in writing to demonstrate good governance.

What is the Charity Commission expecting organisations to report?

The Charity Commission has said that it is the responsibility of charity trustees to continue to report serious incidents under the current guidelines, and has asked trustees to use their judgement in deciding whether an incident is significant in the context of their charity and should be reported.

Those incidents that place individuals at risk, or incidents that have had a significant impact on a charity’s operations, will be prioritised by the Charity Commission.

The Charity SORP has issued new guidance to organisations in response to the pandemic, which has been created to consider the potential impact of the control measures to contain COVID-19 on financial reporting by charities.

Its guidance can be summarised as:

It is highly recommended that organisations read the full SORP guidance, which is available by clicking here.

We appreciate that there is a lot of uncertainty at the moment surrounding the future of many charities and the steps that they may need to take during this challenging period.

Our team of charity specialists are standing by to help with whatever advice and support is required as a result of this crisis, so please contact us.