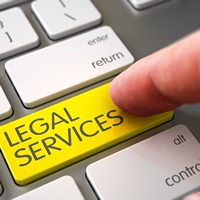 The voluntary two-year pilot for a fixed-fee scheme in which lawyers will be limited to £80,000 in overall costs began on the 14 January.

For those taking part, the pilot will be running for certain business and property courts as long the case is valued at less than £250,000.

The Ministry of Justice had planned the scheme in December of last year, and have now stated how they plan to put the scheme’s rules and limitations into practice.

Those taking part in the scheme will need to create a schedule of costs for each steps of the litigation process within 21 days of the end of a trial. This schedule will then be assessed by the court as a whole.

Main objectives of the scheme include making the pilot courts as efficient as possible, lowering litigation costs, making cost exposure more certain, and increasing the speed at which claims are resolved.

There are a number of criteria which makes cases ineligible for the pilot, the cases must not;

Those claiming may begin so on the capped costs list, or by agreeing to be transferred to the list, while those defending may refuse the case being part of the pilot from the outset.

Statements of case with relevant documentation, and witness statements will be limited. No more than two expert witnesses may be called upon. The case management conference must have taken place less than eight months beforehand.

For more information on how a fixed cost scheme may affect your finances, JW Hinks can give you all the help you need, please contact us.

Registered office and a list of the LLP members is available at the above address. Limited liability partnership registered number OC377435 in England and Wales. Registered to carry on audit work in the UK and Ireland and regulated for a range of investment business activities by the Institute of Chartered Accountants in England and Wales.